To the Mothers of the World ~ I Pay You Tribute

There is a universal bond that we mothers have, the instinct that connects us together even if we can’t speak the same language.

The language of motherhood is, after all, the same.

As I review photos of our travels, pictures of women and children jump out, each creating a special memory for me.

While in Ilula, Tanzania, East Africa, I met smiling mothers with babies carried snugly papoose style in brightly colored Kanga cloth. They had just walked their four year olds to the kindergarten where I was volunteering that day. These were the fortunate ones who could afford the meager tuition which includes a cup of porridge (ugali) for lunch. 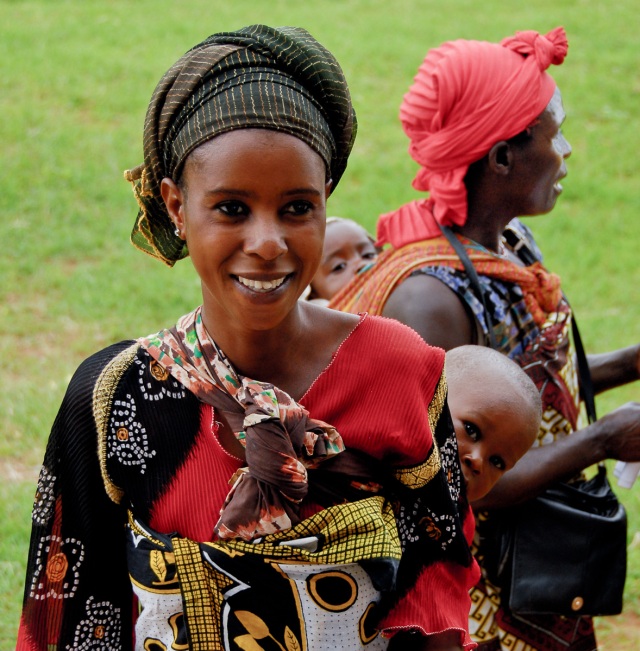 In a village close by, we visit a mother who struggles daily to feed her family. She recently 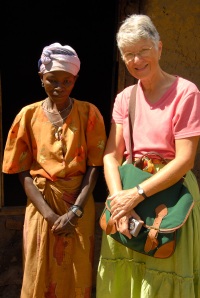 volunteered to take in two foster children and now receives an allowance that not only benefits these children but her entire family. She is proud of the guinea pigs she raises for food supplementation but that doesn’t show in the photo of us together. It is not until I see the photograph that I feel foolish with my smiling face, not realizing she is not looking at the camera. Not something she is comfortable with. Poverty is nothing to smile about.

In contrast is a photo of a mother and baby seated by a window at Ankor Wat temple in Cambodia. Such pride and serenity in her face. New life, new beginnings she is cradling in her arms. Our motherly eyes connect and we both smile. No one is around and I feel a tenderness. 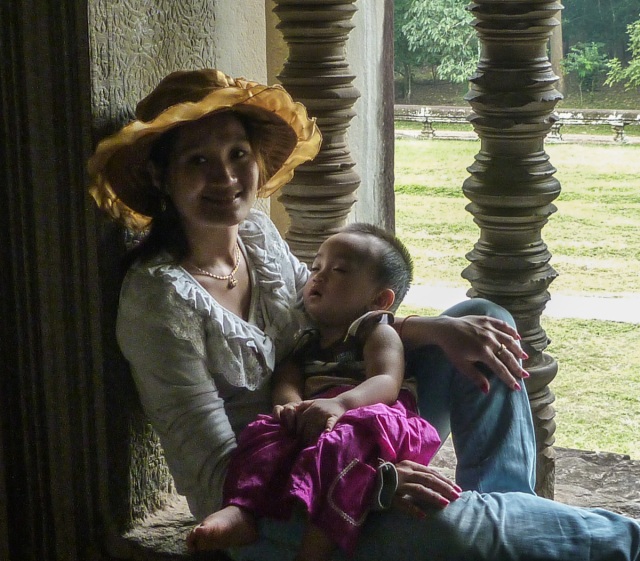 The next day we take a long boat excursion to a large floating village along the Tonle Sap Lake in Cambodia. This unique village is mostly Vietnamese who make their sustenance by living off the lake. Life is hard, but mothers and children adapt to their watery world. Our eyes do not connect, but the image remains with me. 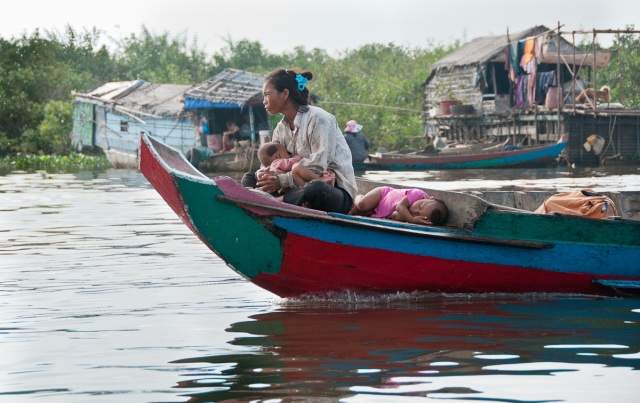 I love this photo of a mother and daughter. I asked if I could take their picture and they agreed.  Both look dignified as they sit in a market place situated along the Mekong River in Vietnam. I would love to know their story. Were they teachers? They have a scholarly look and aren’t selling goods like those around them. 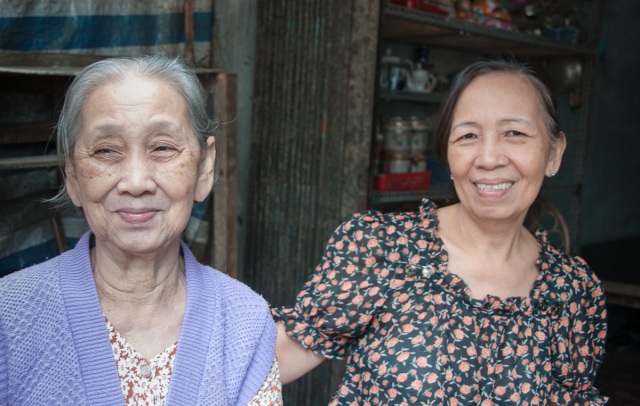 In Bali recently, we observed a ceremony where hundreds of women had gathered together for a celebration of dance and gamelan (music). This woman stood out because of her grey hair while everyone around her was much younger. How many children, grandchildren and even great-grandchildren has she watch grow up? What influences has she had on their lives?  There was a glimmer in her eyes, joyfulness about her and contentment with her age. 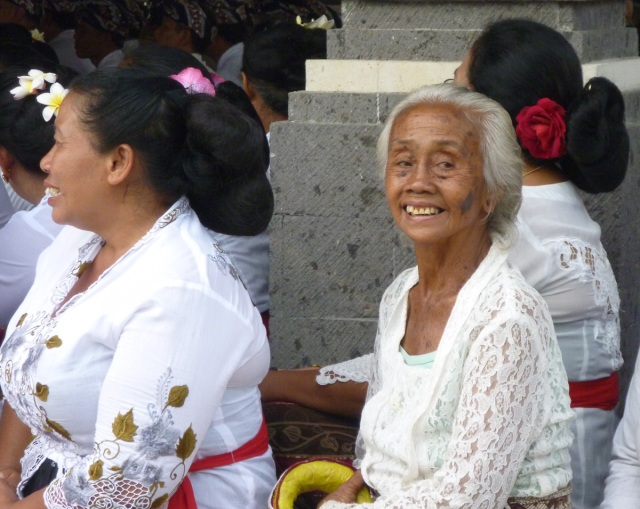 While in San Pablo del Lago, Ecuador, we stayed at Cuisin Hacienda. It was here that I met a beautiful young Quechuan (indigenous) mother and Sam, her adorable year old son. Several days a week she would appear with her beautiful weavings and line the railings in a colorful display. All were handmade by her father-in-law on a back strap loom.  I always looked forward to her smiling face and the peek-a-boo games Sam and I would play. I loved his Gap hat, given to him by an American tourist. What is their life like now, six years later? Is Sam in school? 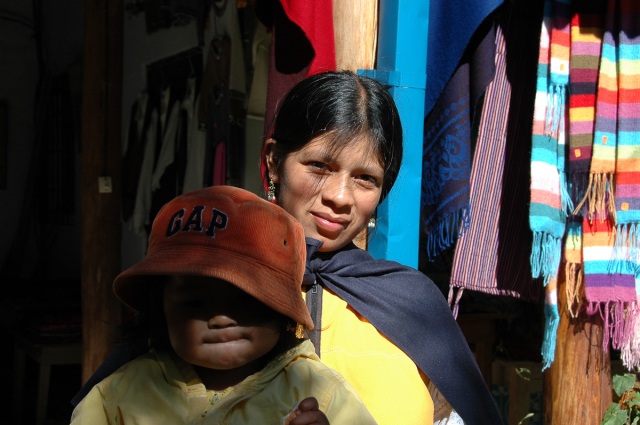 My daughter and I were on a water taxi in Bangkok recently when the flooding was occurring north of the city. The river was high and embankments and businesses well sandbagged in places. Despite such obstacles, such fun we had on this trip together and what a joy she was to have with us, a dear daughter. What ever we were laughing about, I’m glad her father captured the moment. 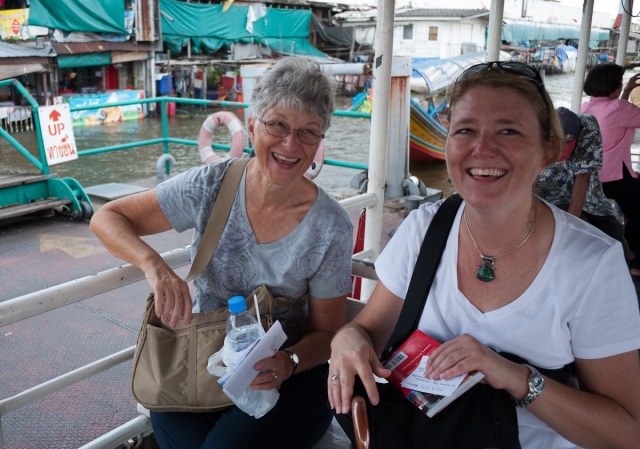 As a mother, I feel blessed.

Recently, I was asked to speak to a women’s group about the role of women in the various cultures I have visited. This is what I wrote and closed with.

Women to women
Worlds Apart
We are the same but different

Women to women
Worlds apart
We are the same but different